Say, say, say … did you hear that the Sony/ATV music catalog (the beleaguered Sony’s stake at least) is once again up for sale? As this publishing company houses the Northern Songs of John Lennon and Paul McCartney, and was famously acquired by Michael Jackson, it is indeed tempting to write this entire article in song titles. In a fifty-year story with more wrinkles than the grooves on a long-player, it might be simplified that since Jackson scooped up the catalog in 1985, he could legally claim “The Girl is Mine,” while McCartney spent the next few decades bemoaning “You Never Give Me Your Money.” 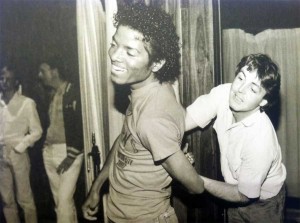 Now that the prized company is yet again available, the cute Beatle is making a serious play to once again own the (approximately) 250 songs he composed with the smart Beatle in the 1960s. (The quiet Beatle’s early songs were also included in the Northern Songs/ATV deal, but everything post-1968—meaning most of his lucrative compositions—were published by Harrisongs Ltd, which is controlled by George’s widow Olivia).

Sony/ATV is the most valuable music publisher in the world. In addition to the timeless tunes of the Fabs, the conglomerate also owns just about everything else under the sun, from the roots Americana of Lieber & Stoller, The Everly Brothers, Roy Orbison, and Hank Williams, to the millennial raps of Eminem, to a staggering amount of film and television themes, songs, and soundtracks (due to their 2007 acquisition of Famous Music, the former music publishing arm of Paramount Pictures). And, well, several hundred thousand other songs in every conceivable musical genre in addition to the aforementioned household names. 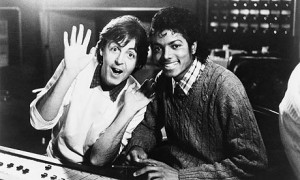 McCartney undoubtedly wants, and may indeed deserve, to own Sony/ATV—his personal songs are likely the most blue-chip of the entire catalog, with “Yesterday” alone still bringing in deep green annually—but his desire and merit will only count for so much. This is going to take big bank, and the competition will be fierce. Sony’s offering of their half of the company is likely to go for as much as $2 billion, so even Sir Paul—the most successful composer and entertainer in history—will need, and is reportedly seeking, the backing of major financial partners to seal the deal.

However, other interested parties include the likes of David Geffen and Warner Music chairman Len Blavatnik. These guys know how, and can afford, to play serious hardball, and they won’t care a whit whether Paulie “deserves” anything. This will be a battle for the ages, and some very big boys are going to get bruised. 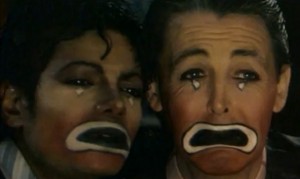 It has long-irked many die-hard Beatles fans that Jackson came to own the band’s oeuvre, but business is business, and it certainly worked out nicely for the gloved one: He ponied up $47.5 million for ATV in ’85, and then merged it with Sony in ’95 for a $90 million profit. Beyond that tidy little sum, the inherent and consistently growing value of the company enabled him to borrow an estimated $380 million over the next couple of decades, which his estate is still paying down.

As we all know, MJ made the most of this leverage. It is quite accurate to say that Sony/ATV put the Whacko in Jacko; it enabled him in the true medical sense of the word (those Vegas binges, Neverland upgrades, and let’s-just-say lawsuits didn’t come cheap). The irony is that Michael never folded his own catalog into Sony/ATV, but that changed after his death when MiJac Publishing was moved from Warner to Sony (due to the above-mentioned $380 million debt). This of course sets up a very entertaining and, some would say, extremely poetic possibility. If things go as he hopes they will, Paul McCartney will end up owning, yes, Michael Jackson’s song publishing…

Or David Geffen will. So what else is new?