On March 31, 2016, Cumulus Media gutted two legacy Bay Area stations – KFOG and KGO, changing formats of both, and laying off most of the remaining news departments of the latter.

Claudia Lamb worked at KGO from 2007 to 2011, producing and writing the afternoon news at KGO Radio in San Francisco, which was then the number one rated News and Talk station in the country. In a four-year period, they won four Associated Press Mark Twain Awards, and four prestigious Edward R. Murrow awards. She left the station at the end of 2011.

We invited her to share her thoughts (originally posted on Facebook), following the mass firings. If anybody’s wondering what’s happening to our favorite radio stations, strap yourselves in…

Radio died for me today.

The Great Lady – KGO Radio in San Francisco – was killed off this morning, ending a long downward spiral for a once-great station. Many good people I had the honor of working with were laid off today.

KGO was the #1 radio station in San Francisco for 3 decades; it was a 50,000 watt powerhouse whose signal went from the Pacific coast to the Rocky Mountains – from Mexico to Canada and on up to Alaska. It was the West Coast Flagship station for ABC News. It was where you went to stay informed, and on any given afternoon at least half-a-million people were listening.

KGO was responsible for the News Talk format, and it employed the absolute greats in the field. I could not even begin to estimate how many journalism awards KGO Radio won – it would be in the hundreds. The Afternoon News won those awards – but, Bret Burkhart was a force unto himself. More awards than I know. And Ravi Peruman won awards for his work, especially the piece he did on the Harvey Milk assassination. 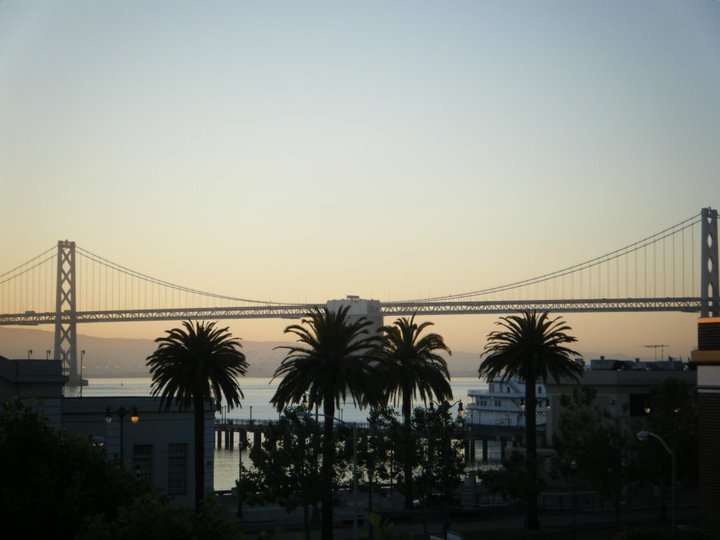 We were based in the ABC broadcast center along the Embarcadero, the newsroom looked out on the Ferry Building, and I watched many sunrises over the Bay Bridge from my desk. There was a deck that ran the length of the building, it had a barbeque and patio furniture so you could sit out and enjoy the sun before the fog rolled in.

Our GM installed a fancy machine that made honest-to-gosh fresh ground espresso and lattes – there were employee appreciation luncheons, and bottles of good champagne for the milestones. There were beers at Gumpy’s (the Cheers-type bar across the street), and wild celebrations after awards ceremonies. There was a camaraderie, a shared goal of excellence and we were all proud to work at what the business itself had dubbed ‘the best News Talk station in the country’. 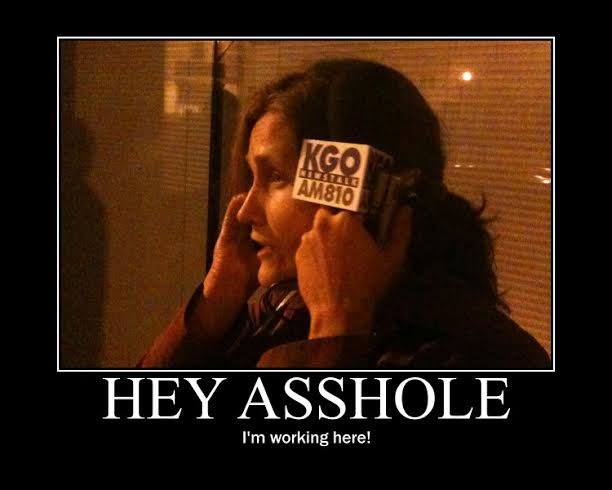 Citadel, along with Cumulus, Entercom and Clear Channel (a.k.a. iHeart Radio) destroyed radio as we knew it. If you can’t stand to listen to radio anymore you can thank these companies. The Telecommunications Act of 1996 allowed them to consolidate thousands of Mom-and-Pop radio stations into just a handful of owners. What was once a thriving marketplace of ideas and new music became a moribund feedback loop of homogeneity and satellite programs. 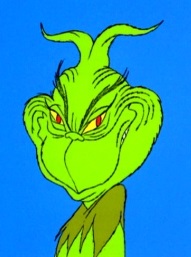 In a feeding frenzy of buying these few companies overpaid for stations, borrowing 4 and 5 times more than what they were worth – starting out hopelessly in debt. They would buy 10 stations in a market, shove them all into one building that was owned by a subsidy, to whom they would pay rent, and then sell all of the physical assets of those stations (buildings, radio equipment and everything inside down to the last paperclip). The Grinch left more at Cindy Lou Who’s house than these vultures did. Next, they cleared out 80% of the staff – such a savings on labor! – and forced the remaining 20% to pick up the slack.

They took all that gooey, gooey money they got from the sale of EVERYTHING and instead of paying off their obscene loans, the Vultures gave themselves 8 figure bonuses annually on top of their obscene pay. My favorite was the $27 million bonus (on top of $3 million annual pay) Farid Suliman, the CEO at Citadel, took the week the company declared bankruptcy, which was the year they cleared out half the newsroom, which had been cut in half the year before. 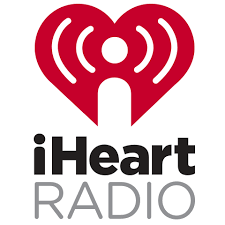 The Vultures relied more and more on satellite programming, and laid off scores of professionals. This drained the product of any local flavor – and had real consequences in many marketplaces when a local emergency happened and there were no live people to cover it and tell people to evacuate or shelter-in-place.

Sure the product SUCKED and ratings dropped but, hey – the Vultures were making bank.

KGO – like Wile E. Coyote – continued to run on air for nearly three years after Citadel bought us. We finally looked down after they cut three-fourths of the news room, the helicopter, airplane, most traffic reporters, and virtually all admins. Then we fell to the bottom of that long canyon. Poof.

The Crash of 2008 accelerated the demise of radio, but it was on a path to destruction no matter what. The Vultures had created a cycle of cutting people and services to keep their bonuses intact. The cuts meant a shabbier and more worthless product, which drove down listenership, and thus ad revenue. I likened their cuts to a Doctor telling her patient, “Look, your toe is bleeding – we need to take off the foot to stop it. Oh. Now your foot is bleeding – let’s take off the leg to stop it.”

Every one of these Radio behemoths is teetering on the edge of complete disintegration. iHeart Radio, formerly known as Clear Channel (the name of the beast that started this whole buggery), has a few weeks to come up with $6 billion of the $21 billion they owe creditors. Cumulus – the company that bought Citadel a few years ago and finished off KGO today – owes nearly $3 billion and their stock has gone from $4 to 46 cents in the last year. Entercom seems healthy with only $500 million in debt, and $9 million in cash on hand. They are all out of assets to sell, and they owe billions more than their stations are worth. They are not underwater on their loans – they are drowning in debt they have no way to pay. 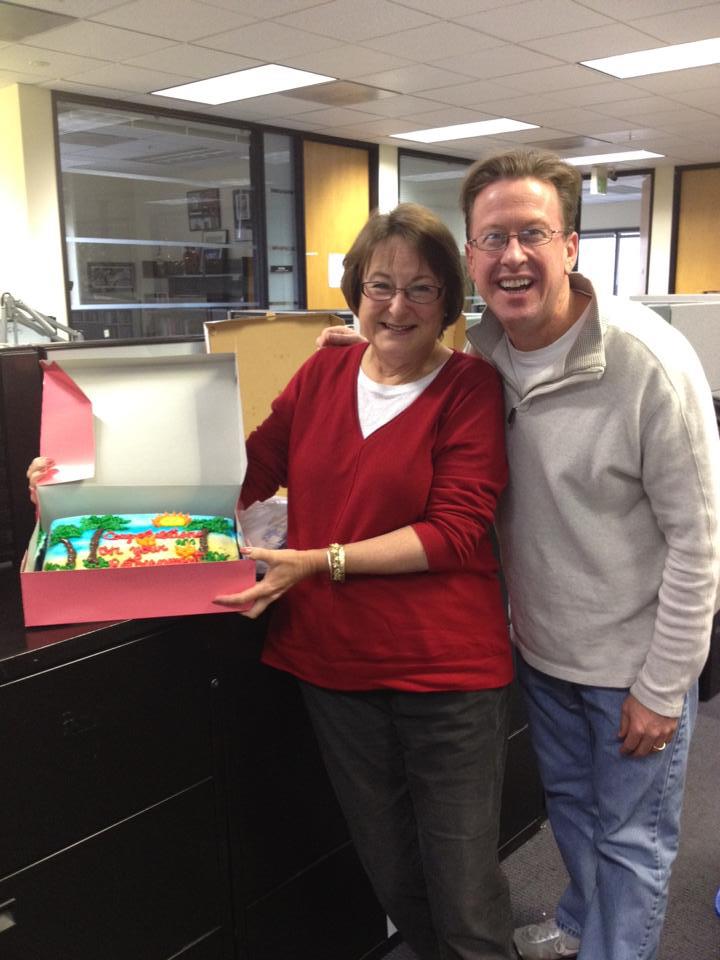 I will never forgive the Dickey brothers, the Mays brothers, Farid Suliman, and David Field for what they did to Radio. Like vampires they sucked the life force out of radio, and killed it. What they did should have been illegal. But, there were no regulations to stop it, and there still aren’t.

KGO was making a $5 million a year profit on top of paying its full staff *very well* (and that was in the Bay Area) when Citadel bought it and killed it in 10 quarters. When I left the station at the end of 2011 I was doing 4 jobs – our newsroom having been cut from 32 top-notch professionals to 13 overworked souls. The rest of the station had it just as bad – the cuts were capricious and in one afternoon I watched 412 years of corporate memory walk out the door. It was the first of many cullings.

When I gave my notice I didn’t have anything left to give to the station. I simply couldn’t continue to do 4 people’s jobs, and I knew that what I was putting out was 60% garbage and 40% news. I fought the good fight to try to keep information on the air. But, the lack of personnel, and the *terrible* management were demoralizing.

The day I had a knock down drag ‘em out fight over whether we should run the story on the ‘Singing Dog’ in New York City or go with the rapidly unfolding events of the Egyptian Revolution and the Arab Spring, I knew I had lost. There was no point in trying to push that rock up the hill anymore. 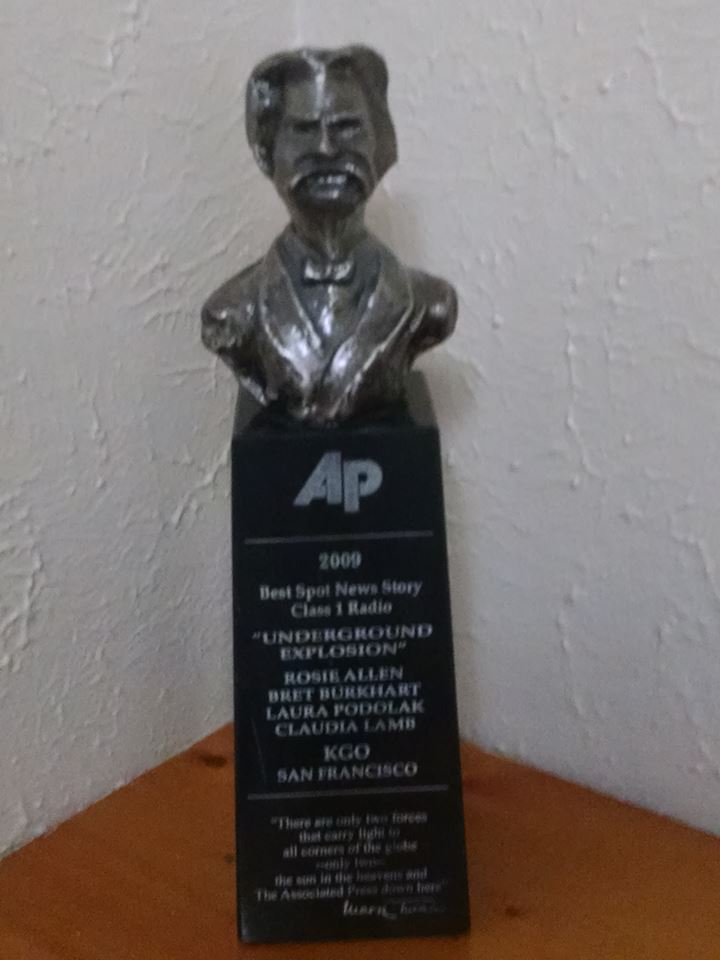 Leaving KGO was the toughest professional decision I have ever made. Radio had been my life for 25 years – and I grieved. We radio people are an odd lot – but we’re indulgent with each other’s idiosyncrasies, have each other’s backs, and we play fantastic practical jokes. I never felt more at home in a job than when we were all working on breaking news. We worked as a team – a well-tuned machine that came together to relentlessly find the facts our listeners counted on.

We weren’t producers and reporters and anchors and engineers – we were a unit that leaned in and skipped dinner or going home and worked hour after hour because our job was News. We were dedicated professionals who all had go-bags in our car just in case, and followed the story where it took us. We were the most dedicated people you will ever find in a news room anywhere, and it reflected in the superior news we produced for decades.

To all my friends who were laid off today: I am so sorry for your loss. I wish you the best of luck in finding a place to use your talents. Never forget that News is a noble profession and can make a difference in the world, and you worked in a place that set the standard for it in Radio. It was an honor to have worked with you, and to have called KGO my home. 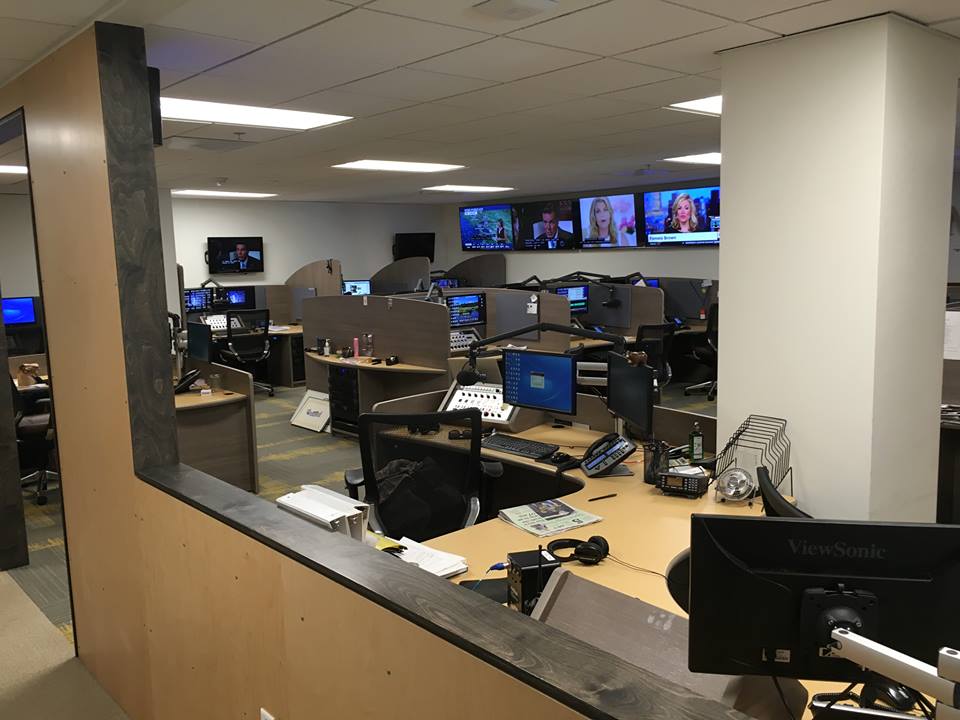 The aftermath. Photo by Sunni Khalid