Two musical films released during the summer of 1984 share similar ambitions, histories, chart accomplishments and enduring cult appeal thirty years later. Both were immediate by-products of the creative shift toward MTV-inspired editing and sparse storytelling. Both films boasted very contemporary visual styles, tying their fates to how badly audiences wanted to pay to hear their favorite summer jams on the big screen.

History has played fast and loose with their legacies.

Let’s be honest here: Prince’s Purple Rain (released July 27, 1984) is little more than a series of music videos loosely connected by a threadbare story of a troubled musician with daddy issues. Prince’s character “The Kid” also tussles with rival musicians Morris Day and the Time, while the film shows off downtown Minneapolis. For the main character, The Kid is a surprisingly self-righteous prick and Prince’s acting is limited at best. But Purple Rain was one of the most groundbreaking albums of the decade, fusing dramatic songwriting with a combination of funk, soul, rock and raunchiness. Every song is rightfully considered a masterwork, and thus, Purple Rain exists as a classic.

Streets of Fire (released June 1, 1984) was a more ambitious film, the epic tale of kidnapped pop star Ellen Aim (Diane Lane) and monosyllabic tough guy Tom Cody (Michael Pare) – also her ex-lover – who will wrest her away from scummy bad guy Willem Dafoe. The action is violent (a hammer fight!), the dialogue pulpy and rough; the songs range from doo-wop to pop confections (Dan Hartman’s “I Can Dream About You”) to the Wagnerian opera metal of composer Jim Steinman. It’s all smoky buildings, overhead subway trains, rainy streets and miles of atmosphere. Sin City would become a hit two decades later doing more or less the same type of fantastical hard-boiled thing but without the benefit of a theme song like “Tonight is What it Means to Be Young.” 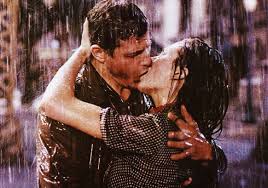 Unlike Purple Rain, which was a box office smash, Streets of Fire vanished quickly from cineplexes even as its soundtrack experienced moderate success. It became a hit on video with more people discovering it as time moved on. Today, it’s considered an underground classic that casual viewers are surprised to have missed.

Nobody debates its awfulness. The acting is flat, the dialogue horrible. Rick Moranis, in one of his only dramatic roles, play a tough-talking road manager (!) – and Diane Lane’s beau (!!). But as helmed by action director Walter Hill, there is something kinetic and electric about the film that makes it compellingly watchable. Streets of Fire also boasts a cast that features ace tough broad Amy Madigan, sitcom star Deborah Van Valkenburgh, pre-Cameron Bill Paxton, pre-comedy Robert Townsend and Mykelti Williamson (Bubba from Forrest Gump). 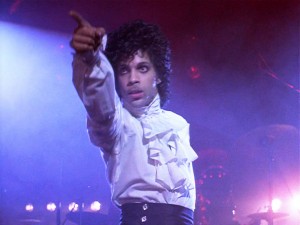 Purple Rain was “directed” by Albert Magnoli, an editor approached by Prince and his manager Robert Cavallo while cutting James Foley’s Aidan Quinn-Daryl Hannah opus Reckless. Foley had already passed on the gig.

A scant eleven months later, the R-rated Purple Rain was on the big screen and Prince took over the pop music world. The purple magic dust also benefited Morris Day and the Time (rumored to be Prince’s true arch-nemesis offscreen as well), Jerome Benton, and Apollonia Kotero. The Kid’s abusive father was played by the great Clarence Williams III.

Purple Rain dominated the charts, spawning five hits from Prince (“When Doves Cry,””Let’s Go Crazy,””Purple Rain,””I Would Die 4 U,” and “Take Me With U,”), two from The Time (“Jungle Love” and “The Bird”) and the cheekily-titled “Sex Shooter” from Apollonia 6 – the short-lived Prince-created girl group that saw Kotero replace singer Vanity (after scoring a hit under the name Vanity 6). If only the drama onscreen were as interesting as what apparently went down behind the scenes!

The following year, Prince won an Academy Award for Best Song Score but sat out the Best Song category. Granted, it was a Top 40-heavy year with Ray Parker Jr.’s “Ghostbusters,” Kenny Loggins’ “Footloose” and Stevie Wonder’s “I Just Called to Say I Love You.” But someone please explain how “When Doves Cry,” is any less a contender than Phil Collins’ “Against All Odds (Take a Look at Me Now)” or “Let’s Hear It for the Boy.” 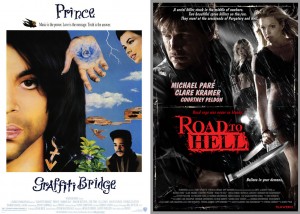 Both films inspired loose sequels. In 1990, Prince directed Graffiti Bridge, in which “The Kid” and Morris Day get into a songwriting competition while competing for the affections of a spacey poet chick named Aura (Ingrid Chavez). The movie was released to theaters and made a dismal $4.5 million, compared to Purple Rain’s $68 million ($162m adjusted)

Between 2008 and 2013, Albert Pyun directed Road to Hell, which featured Pare as “Cody” and Van Walkenberg as “Sister.” The film was shot totally against green screen with animated backgrounds a la Sin City. Casual viewers would would be very hard-pressed to find ANY tonal connection between Road to Hell and Streets of Fire save for the cast and re-recorded versions of Stienman’s “Tonight…” and “Nowhere Fast” from the first film.

Wheres the first film was violent in a stylized and suggestive way, Road to Hell dives head-first into an ultraviolent universe that suggests Cody drove into the sunset in Streets only to do horrible things later. Cynthia Curnan, the film’s writer told me that Cody’s journey was a surrealistic account of what that post-war PTSD-afflicted character might (or could) experience in real life. Okay, but yikes! 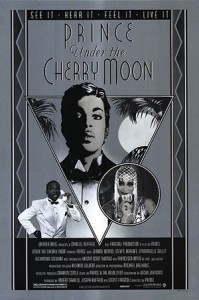 Prince had a brief film career, with each film supporting the release of a new album. He directed 1986’s Under the Cherry Moon (an awful European romantic caper equally attached that inexplicably launched Kristen Scott-Thomas’ career), the 1987 concert film Sign ‘o’ the Times and Graffiti Bridge. None of those films came close to capturing the public’s attention the way Purple Rain did. They had hits and their albums sold well but it was no secret that Prince wasn’t going to win any acting Oscars any time soon.

Purple Rain is regularly ranked among the best albums in rock music history. Time magazine ranked it the 15th greatest album of all time in 1993, and it placed 18th on VH1’s Greatest Rock and Roll Albums of All Time countdown. Rolling Stone magazine ranked it the second-best album of the 1980s and Entertainment Weekly listed Purple Rain at number one on their list of the top 100 best albums of the past 25 years. 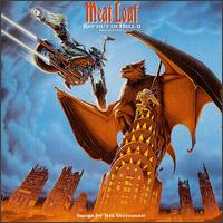 Bombastic music producer Jim Steinman, who wrote and produced the two Streets of Fire anthems “Tonight is What It means to be Young” and “Nowhere Fast” found his greatest success producing a pair of Meat Loaf’s Bat Out of Hell discs, but has contributed his signature combination of rock and opera to numerous hits from various pop stars, handing them their biggest hits. Prior to the release of Streets of Fire, Steinman had the number one and two song on the chart with Bonnie Tyler’s “Total Eclipse of the Heart” and Air Supply’s “Making Love Out of nothing at All.” To diehard fans of Streets of Fire, Steinman’s songs are synonymous with the film.

Neither film would have existed had it not been for the proliferation of the flashy MTV-style visual aesthetic which had invaded popular culture and the growing number of ambitious long-form musical short films from the likes of Michael Jackson. A feature-length film that felt like a music video was the natural next step and both films rode that zeitgeist into theaters. Even Paul McCartney released his own musical opus that strung together songs from the Beatles and Wings. McCartney’s Give My Regards to Broad Street, also released in 1984, was a hit in the record stores but not at the box office.

Thirty years later, Purple Rain and Streets of Fire are defended passionately by their fans and have left long, puzzling cult legacies. Why one failed at the box office and the other became a worldwide smash is anyone’s guess.

Then again, Prince was an established and electrifying performer dropping the most important album of his career at the particular moment it would change the direction of pop music. Maybe this one isn’t hard to figure out after all.