More in The Lost World:

Snatching lost art from the jaws of obscurity.
by Dennis Willis

Every now and again, all the pieces to a dazzling puzzle can be on the table, and the picture is ever so close to coming together. Then some jackhole comes along and kicks the table. In the case of the 1980 coming-of-age-teen-rebellion-punk opus Times Square, said jackhole was Robert Stigwood, the uber-producer who named his company RSO – Robert Stigwood Organisation. 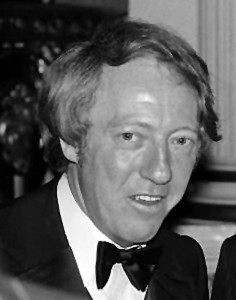 Stigwood had been successful in TV, purchased a controlling interest in Associated London Scripts, a writers’ agency that would be responsible for selling American producers the popular British TV shows Till Death Us Do Part and Steptoe and Son, which would become All in the Family and Sanford and Son. Not a bad score.

RSO promoted artists such as Mick Jagger, Rod Stewart, David Bowie, and a former member of the Bay City Rollers; he also managed and developed the careers of Cream, Blind Faith and Eric Clapton. As well, RSO issued the ridiculously popular soundtracks for The Empire Strikes Back and Fame. But we’re getting ahead of ourselves.

Stigwood got lucky but he hardly had the platinum touch. After finally signing the Bee Gees, they broke up briefly in 1970, and then, after reuniting, floundered for several years, reaching a self-acknowledged “rock bottom” period in the early 1970s, by which time the former chart toppers had been reduced to playing the working men’s club circuit in the north of England.

Things began looking up when his adaptation of Jesus Christ Superstar (1973), made with director Norman Jewison, was a smash. He followed this The Who’s Tommy (1975), another classic, another hit soundtrack.

By the time Saturday Night Fever conquered the planet in 1977, Stigwood had not only made a star out of John Travolta, but had cemented the Bee Gees comeback (and was arguably responsible for eventually destroying their career with a leap into the deep end of disco.)

The soundtrack became the biggest selling album ever released at the time. Stigwood followed with another hugely successful film adaptation of one of his stage productions, the musical Grease (1978), which co-starred Travolta and pop star Olivia Newton-John. It was equally huge.

But instead of cashing in his chips, he stayed at the table and doubled down on another Travolta vehicle – the 1978 flop Moment by Moment, which single-handedly unraveled Danny Zuko’s exploding career. Worth noting: Stigwood also thought it was a good idea to hire Sylvester Stallone to direct a Saturday Night Fever sequel called Staying Alive, which, of course, sounded more like Saturday Night Live.

Oh, and Stigwood also produced the noxious musical Sgt. Pepper’s Lonely Hearts Club Band.  By the time he fired original director Chris Bearde before shooting began, the Bee Gees (set to act) were soon begging to be removed from the project, to no avail. Although the new director, Michael Schultz (Car Wash) did what he could, the film turned out to be a disastrous flop. 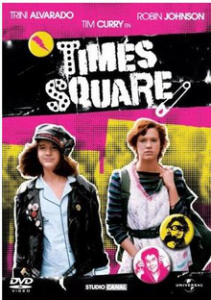 And that brings us to Allan Moyle’s Times Square, a movie perfectly positioned to ride the pop-punk-new wave train into the 80s. All it had to do was not suck and they could print money. Trini Alvarado and Robin Johnson played teenage runaways from opposite sides of the tracks, with Tim Curry as a radio DJ (he filmed all his scenes in two days).

The Wikipedia page describes the storyline as such: “The plot of the film embodies a punk rock ethic of misunderstood youth articulating their frustrations toward adult authority through music.”

Misunderstood youth = lesbians. The original cut of the film featured an overt sapphic arc and was set to become a groundbreaking rock and roll epic fueled by girl lust. Sort of like The Runaways, but with less Kristen Stewart.

But during the production, Stigwood decided to pull rank on Moyle, forcing him to remove crucial dialogue scenes (and just about all of the lesbian references) so he could shoehorn some more music into the film. The reason? He wanted to sell a 2-record LP. Moyle balked and Stigwood made the cuts anyway.

The result was a movie that had an unmistakable 70s aesthetic, sounded great, and that everyone wanted to like. Except nobody really did.

Roger Ebert wrote, “Times Square rarely comes together into anything more than a good idea that fails, but there are times when it seems on the brink of wonderful things. Of all the bad movies I’ve seen recently, this is the one that projects the real sense of a missed opportunity – of potential achievement gone wrong. The problem may be with the screenplay.” 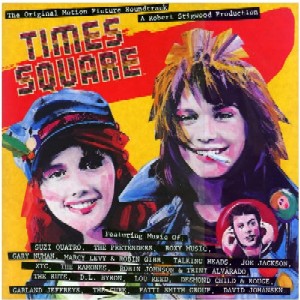 That’s what happens when you remove dialogue so you can sell soundtracks.

In the end, Times Square made less than $2 million.

Worse, RSO had Johnson under a 3-year deal, in which the plan was to market her as “the female John Travolta,” and her contract legally barred her from accepting offers or auditions from rival companies. Heck, Stigwood couldn’t even manage the male John Travolta!

She eventually took a job as a bank teller while waiting for RSO to line up another gig for her, and by 1984, the phone had long stopped ringing. By the late 1980s, she gave up acting and got a job as a traffic reporter on a Los Angeles radio station.

In the years since, the movie has become a cult classic and staple at gay and lesbian film festivals. And Moyle would go on to direct two music-based films that did become bona-fide cult smashes out of the gate: Pump Up the Volume (1990) and Empire Records (1995).

As for Stigwood, his only other major production after his 80s flame-out was the Madonna version of Evita (1997).