“Our brother Mike passed away peacefully in his sleep at 12:04 AM last night at home surrounded by his family,” Porcaro’s brother Steve, the band’s keyboardist, posted on Facebook on Sunday. “Rest in peace, my brother,”

“My brother Mike Porcaro is now at peace,” added Toto guitarist Steve Lukather on Twitter. “I will miss him more than I could ever put into words. My deepest love to the family. God Bless.” 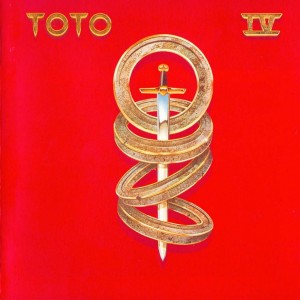 Porcaro became an official member of Toto following the departure of the band’s original bass player David Hungate around the time of Toto’s hugely successful 1982 album Toto IV, joining his brothers Steve and late drummer Jeff. As bassist, Porcaro appeared on such albums as Isolation (1984), Fahrenheit (1986), Mindfields (1998) and Through the Looking Glass (2002).

Porcaro was diagnosed with the disease in 2006 and stopped touring with the band due to his declining health. He was inducted alongside his band into the Musician’s Hall of Fame in 2009. Following a hiatus, Toto announced in 2010 that it would tour to raise money for Porcaro as well as awareness about ALS.

In an interview with the website Something Else! in 2012, Toto keyboardist David Paich spoke about Porcaro’s condition at the time. “He’s been going downhill for the last three years here, because it’s a very slow, degenerative process. But, again, Mike mentally is fantastic and if you talk to him, his spirits are up and he’s great and like the old Mike Porcaro, except that he’s disabled, he’s in a wheelchair and can’t move; can’t walk and can’t play which is a heartbreaking drag.”

Formed in 1978 in Los Angeles, Toto is best known for such classic rock hits as “Hold the Line,” “Rosanna” and “Africa” and won an Album of the Year Grammy for 1982’s Toto IV.