Bay Area! How’s this for the ultimate hometown show?

Journey, Santana, Steve Miller Band, The Doobie Brothers and a special guest are coming to AT&T Park on September 4th! The show is being billed as San Francisco Fest 2016 on the Green, which will remind Bay Area music fans of the legendary Day on the Green concerts of the past.

Santana and Journey had previously announced a joint concert series, kicking off April 13 in New York, but the picture gets even better, the closer you look.

Neal Schon doing double duty: he is, of course, the guitarist and leader of Journey. But he’s also part of the newly reunited early-’70s Santana lineup, now known as “Santana IV,” whose self-titled album is set to be released on April 15.

Additionally, Santana IV features keyboardist/singer Gregg Rolie. Rolie and Schon left Santana in 1971 and were both original members of Journey. Rolie, however, left that band in 1980.

So, besides the prospect of seeing a classic era version of Santana, the show will allow for the chance for fans to see Journey with Rolie and taking lead vocals on songs like “Just the Same Way” and “Feeling That Way.” 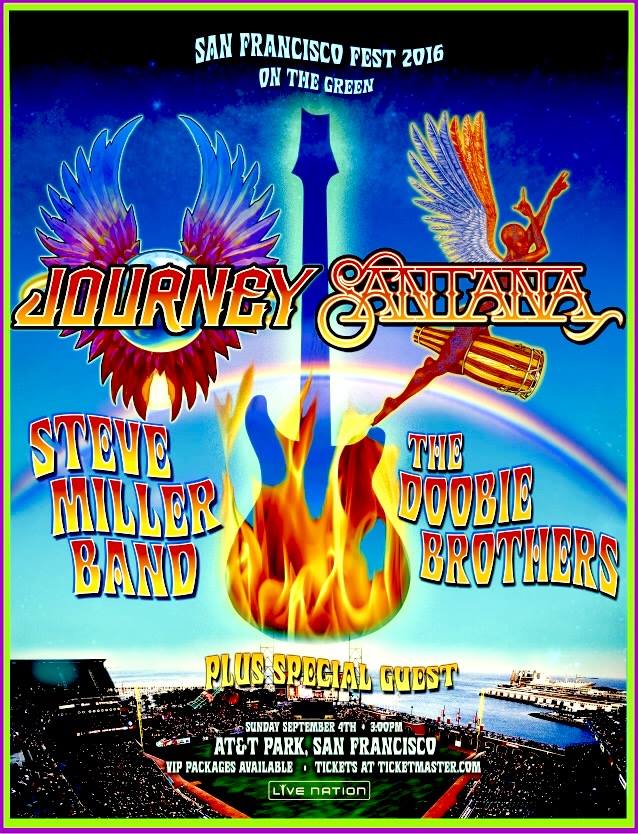