HUEY TUESDAY – a weekly dig through the archives of the only 80s band more interested in workin’ for a livin’ than being hip. But for every monster pop single, there was a deep album detour into new wave, ska, blues, reggae, a capella and instrumentals. Hip to be square, indeed! Have you really heard the News?

During the spring of 1985, and months before the band would release “The Power of Love” from Back to the Future, Huey Lewis and the News were still riding high from their monster smash album Sports. 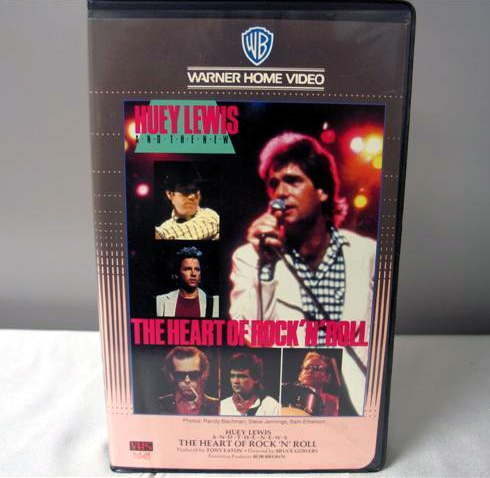 To put this in perspective, Sports had been released a whopping 18 months earlier and was still cranking out hits. MTV was spinning the sixth video “Bad is Bad.” The tour was selling out everywhere it went. Everybody wanted the latest News!

So the boys arranged to film one of their shows- their hometown performance at the Kabuki Theater in San Francisco. Directed by music video vet Bruce Gowers, the concert aired on Showtime and was released on home video under the title Huey Lewis & the News: The Heart of Rock ‘N’ Roll.

“Trouble in Paradise” became the de facto “hit” from this show, even though it was a new performance of a song from the band’s first album. Listen to the second verse: Huey changes the lyric from “Down at the brothers in the parking lot” to “Down at the Kabuki in the parking lot.” Of course, the crowd goes nuts!

Fun Fact #1: The Kabuki is now the Sundance Kabuki Cinema.

Fun Fact #2: There ain’t no parking lot, unless you go two blocks up the street.