Welcome to the official home of Soundwaves Xmas 2016, the 27th annual event celebrating Bay Area music and culture, as well as Community Rockstars – noteworthy nonprofits changing the world one neighborhood at a time!

Emmy-nominated actor Will Forte and his The Last Man on Earth co-star Kristen Schaal opened the show and it only got wilder!

Watch and share all of the highlights, performances and nonprofit spotlights.

DECK THE HALLS. ROCK THE HOUSE. MAKE A DIFFERENCE. 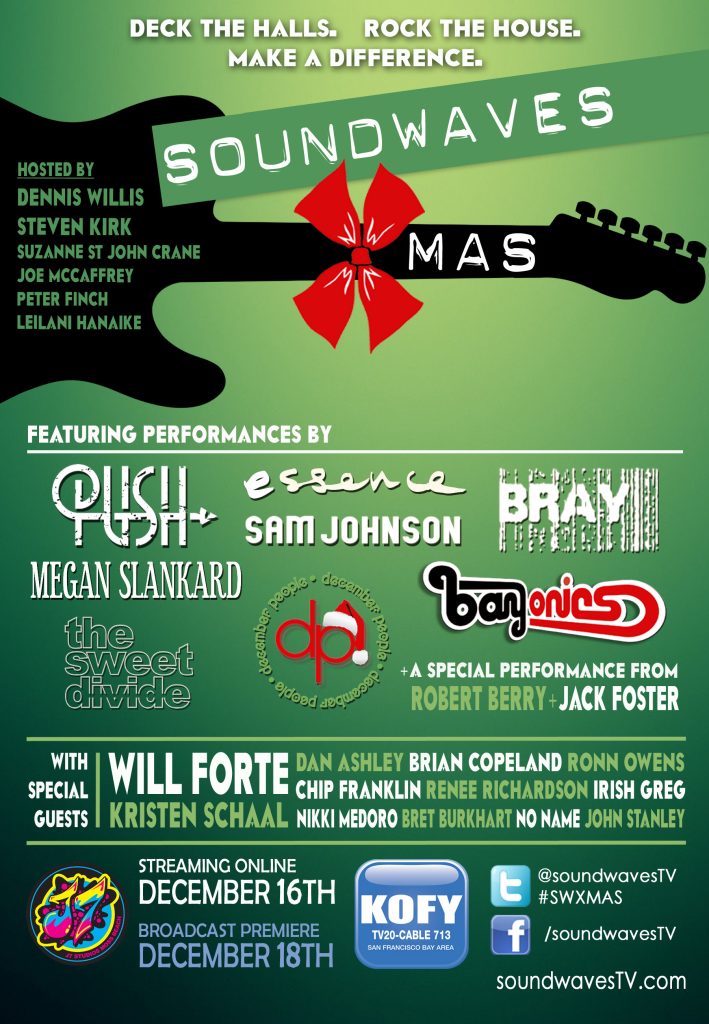