Two bands that seem meant for each other, Violent Femmes and Echo & The Bunnymen, have announced they’ll team up for a North American co-headlining summer tour that will see the two bands play 16 shows in July and August.

The Femmes, featuring original members Gordon Gano and Brian Ritchie plus new drummer John Sparrow, released We Can Do Anything, their first new album in 15 years, last spring. The band’s currently recording a new album that’s expected to be released later this year.

The Bunnymen, centered on core original members Ian McCulloch and Will Sergeant, released the album Meteorites in 2014. 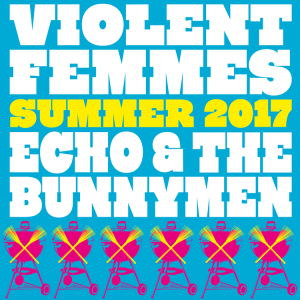