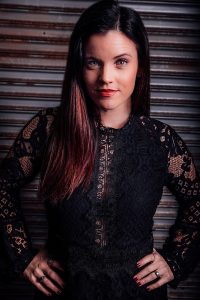 Chasta is originally from Sulphur, Oklahoma; a tiny town in the heart of “red dirt country.” She graduated from the University of Central Oklahoma with a Bachelor’s Degree in Interpersonal Communications. In college, she caught the bug for broadcasting while interning at The Katt in Oklahoma City. Her first on air shot there came as an overnight jock.  After graduation, she made the jump to Morning Drive Co-Host on sister station K-Bull. Just a few months later she moved to Los Angeles to pursue her radio dreams. After a year long stint as a personal assistant to an A-List actor, Chasta returned to her calling as a broadcaster for MetroNetworks in L.A. While there she was featured as a news and traffic reporter on such stations as K-EARTH 101, The Wave, KSPN, KLSX Free FM, KFWB, and KABC. After spending 5 years in Los Angeles she decided to make a move to the beautiful San Francisco Bay Area where she joined the “Lamont and  Tonelli Show” as the female perspective and traffic reporter.  When she’s not on the mic, Chasta spends her time traveling, working out, going to local rock shows, and hanging with her husband, son and dog. 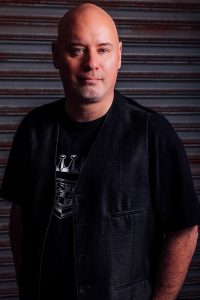 Dennis Willis is an award-winning producer, editor, writer, and film critic (print and radio). He produced and co-hosted the TV programs Soundwaves and Reel Life (later called Filmtrip). In addition, he hosted the weekly radio features At the Movies and Home Media Guide, which were heard on KGO Radio in San Francisco. Dennis’ reviews, features and comments have also been heard on 1077The Bone.com, KKSF Talk 910 (San Francisco), WGN (Chicago), and WNSW (New York City) and WZHF (Washington DC).

He is the author of Barca’s Jackpot, and American Popcorn: Hollywood and the War on Common Sense; and a member of the San Francisco Bay Area Film Critics Circle and the Critics Choice Association. His first concert was Huey Lewis and the News in 1982. 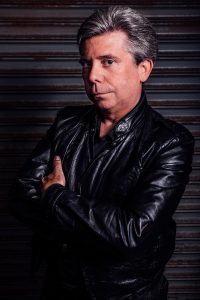 Steven Kirk has enjoyed a long history in the performing arts (film, television, theater, commercials, music video, voice over & celebrity look-a-like). He has moderated countless celebrity Q&A sessions and has worked as a Media Spokesman for numerous companies with segments seen on E!, Entertainment Tonight, and CNN. Steven co-hosted Soundwaves with Dennis Willis and did dozens of press junket interviews for FilmTrip.

He is also an award-winning actor, producer and director in the theatre and has also had a long and varied career on the air as an announcer for radio stations in New York and California with formats ranging from Album Rock (SKY-101), Adult Contemporary (Y94FM), Easy Listening (WEZG) and Jazz. 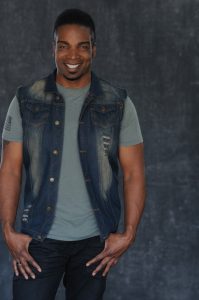 Hey what’s up, Morris Knight here – total California guy from day one! Raised in San Diego, finished up high school in Sacramento where I started my radio career in 1990 at alternative rock station KWOD 106.5. Soon after, I scored my first full-time radio job in Stockton at 97.7 KWIN which then led me to the Bay Area in 1997 where I’ve been on the radio ever since! Music is my life – for real! I’m also a songwriter, musician and recording artist. In fact, I recently released a full-length, self-produced album called Dawn Of Eros and just a few months ago I released my new song and music video called “Thank You.” But I can’t help it, gotta keep the music going so I also play bass in a couple of local rock bands! Yep, my passion for music takes on many forms – even on TV. Sunday evenings is a blast where you can see me as host of KOFY-TV Dance Party! And that’s what’s up! See ya on SoundwavesTV!