THIS WEEK’S GUESTS:
A bit late with the playlist and blog this week, but no less relevant: this week’s Twirl show was, as they say in the UK, a real corker! (Did I get that right?) We had a couple of guests, and one of them was even from England!

In the first hour, our guest was Matt Langlois of The Welcome Matt, Matt EL, and, well, now of solo fame too. He’d been on the show a couple of times before, and this time, we did a Skype chat with him from his home in San Francisco, to celebrate the release of his new solo record, Merde! [editor’s note: The exclamation point is part of the album title; it’s not just my runaway enthusiasm.] Merde! is a fun little album, chock full of short, punchy, fun songs. It serves as a nice counterpoint to the most recent Welcome Matt release, 2017’s More Empire Days, which was a great, but heavy record. We even learned the origins of the title, and found out that I’d been pronouncing it wrong all this time. Matt’s about to embark on a cross-country tour as part of TheMattPatJoeyTrio. Check out all this and more at welcomemattsf.com. 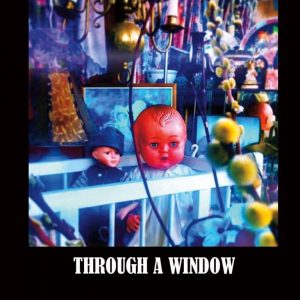 Later on, we dialed up Mark English of The Gold Needles. He was kind enough to stay up till the wee hours of the morning, chatting to us from Hull, UK. They’ve just released their second album, Through A Window, and it is really good. They’ve improved upon their debut album with a more focused effort which combines jangle and psych sounds, and the trio added a rhythm section to become a 5 piece band. We talked about musical influences, and their recent successful gig at the IPO Festival in Liverpool, where they played to an enthusiastic, attentive audience. More gigs on the way, and they’re already writing new music. To find out more about this band on the rise, visit www.facebook.com/thegoldneedles.