Hosted by Chasta (The Bone 107.7 FM), and featuring original Soundwaves hosts Dennis Willis and Steven Kirk in expanded roles, the new season will stream weekly at soundwavesTV.com, and 1077thebone.com.

The swift and positive reaction to the first season represents a synergy of perfect timing: Chasta is remarkably popular on the #1 corporate rock station in the Bay Area, but is passionate about supporting the independent Bay Area music scene, which is reaching a boil.

“I am so immensely proud of the work we are doing at Soundwaves TV. We are seeing a real uptick in the local scene…lots of shows, lots of buzz, bands fanbases growing, etc. I am a true believer in Community over Competition. There’s that old saying that “A rising tide lifts all boats.” I truly believe there is room enough for everyone who works hard and persists to flourish in their musical aspirations. The Bay Area has decades of rich musical heritage and I don’t see that changing anytime soon.”

Key among the changes will be the resurrection of two Soundwaves staples: the POWER PICK of the week, a noteworthy and buzzworthy music video; and the SOUNDWAVES EXCLUSIVE, which will be the premiere of a video or pre-taped performance.

Willis is excited about the additions. “There are so many great local artists that have looked at the music video as a necessary evil, and maybe not even that important in 2019. In my humble opinion, music videos are a legitimate art form and we plan to celebrate them, and elevate them, by shining a light on the ones that are truly great.”

Kirk added, “I think the general perception has become that the San Francisco music scene ain’t what it used to be. Actually, it’s the music industry itself that’s all over the map. Soundwaves TV gives Bay Area bands a place strut their stuff and get in in front of a big audience. We’re just doing what we always do, bringing the music to the people!”

The first season of Soundwaves TV won a WAVE Award in the Arts and Entertainment (Professional) category, placed on 48 Hills’ BEST OF THE BAY survey in the category of Best Local TV Program, and scored an expanded distribution partnership through Cumulus Media and KSAN (The Bone).

Over the past few years, the Soundwaves website has become a hub for original music and audio programming, including such legacy programs as Soundwaves 10@10 (featuring beloved Bay Area icon Dave Morey), The Finch Files, Renee and Irish Greg’s Pop UP, Twirl Radio, and new music programs such PopOff, It’s a 90s Thing, You Aughta Know, and the 80s-themed Soundwaves FM (hosted by Kirk).

The first episodes of the new season will feature such guests as buzzed-about rockers Dress the Dead, Stevie Loveless (Dave Friday Band, SJ Sindicate), Tony Malson (The Devil in California, Rusty Chains), Bay Area favorite Baby Huey (Chasta’s cohort on The Bone, and a champion of local music), as well as a powerful interview with Dayna Keyes (KFOG-FM, Radio Rehab). 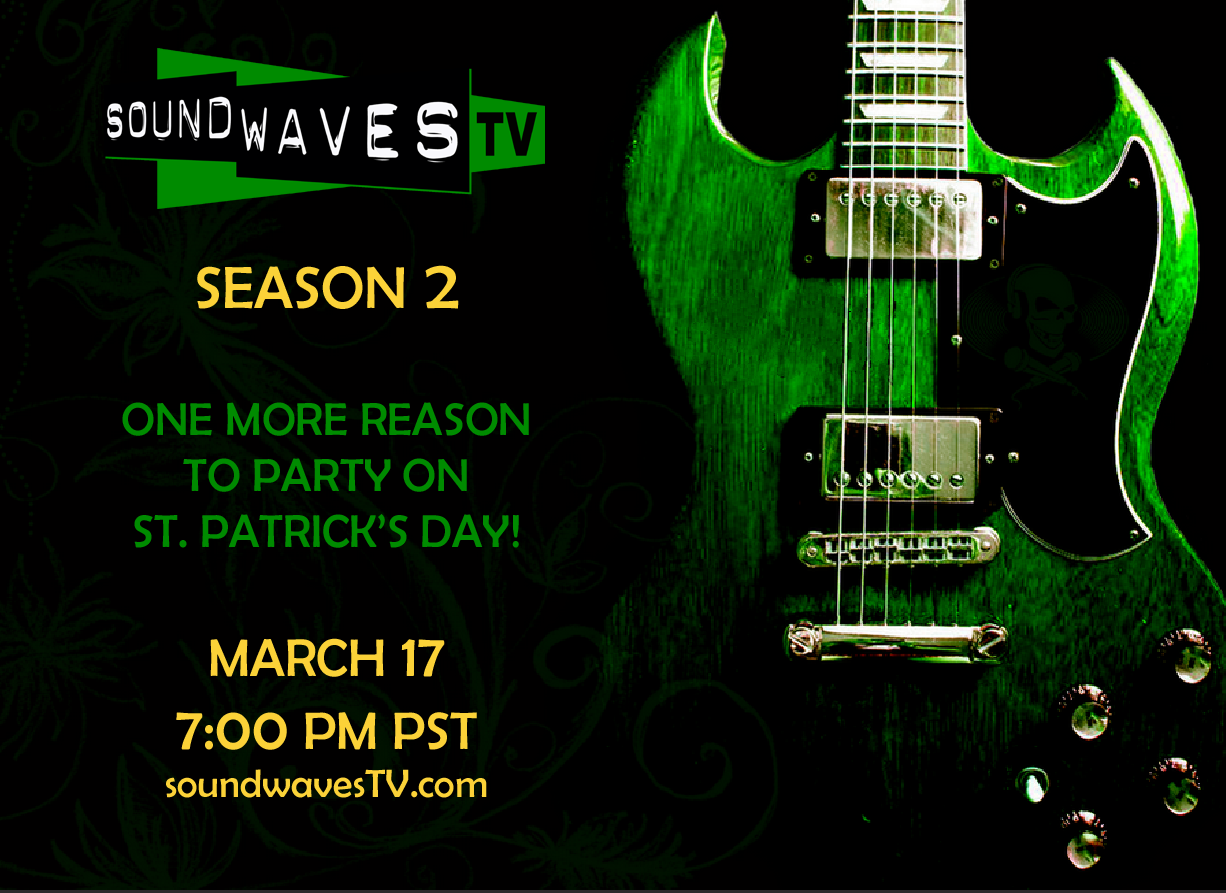